We are delighted to feature this weeks Future Female, Vivien Jones who along with Nicky Shortridge is launching Kookie, a fun and feminist magazine for tweens.  Click on the Kickstarter campaign below to view the video of Kookie’s campaign to raise funds. 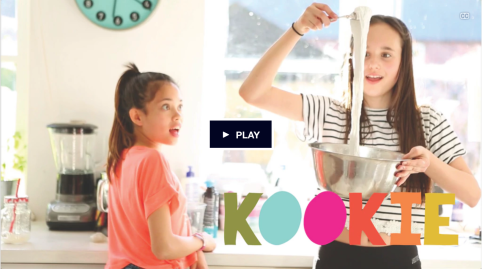 FF: Can you tell us a bit about your background?

VJ: I lived in Hong Kong for 30 years and moved to the UK seven years ago. I have worked in publishing ever since leaving university. My first job was editorial assistant on a business magazine but that really wasn’t my thing and I quickly moved over to fashion and lifestyle titles. The last job I had in Hong Kong before I left was editing a popular parenting magazine. Since living in the UK, I have been freelancing, mainly for corporate and custom publishing clients.

FF: What gave you the idea for KOOKIE magazine?

VJ: It was a slow-burning idea. I have two daughters, aged 16 and 13. I was really disappointed with the kind of magazines that were available to them when they were tweens. It seemed to me that the message was simplistic and stereotyped: being a girl is about make-up and shopping and gossip. I wanted so much more for my daughters. I started reading research that shows how dramatically girls’ confidence drops off when they reach their teens, how they stop doing things because they’re worried about how they look and sound, and I realised that they’re taught these insecurities. Girls aren’t born worrying about how shiny their hair is. So I thought about making a magazine that wasn’t about being pretty, but instead celebrated being curious and engaged and inspired. If girls have to see it to be it (and they do), I thought it would be worthwhile to create a magazine that championed inspirational role models and showed girls all the things they could do and be. 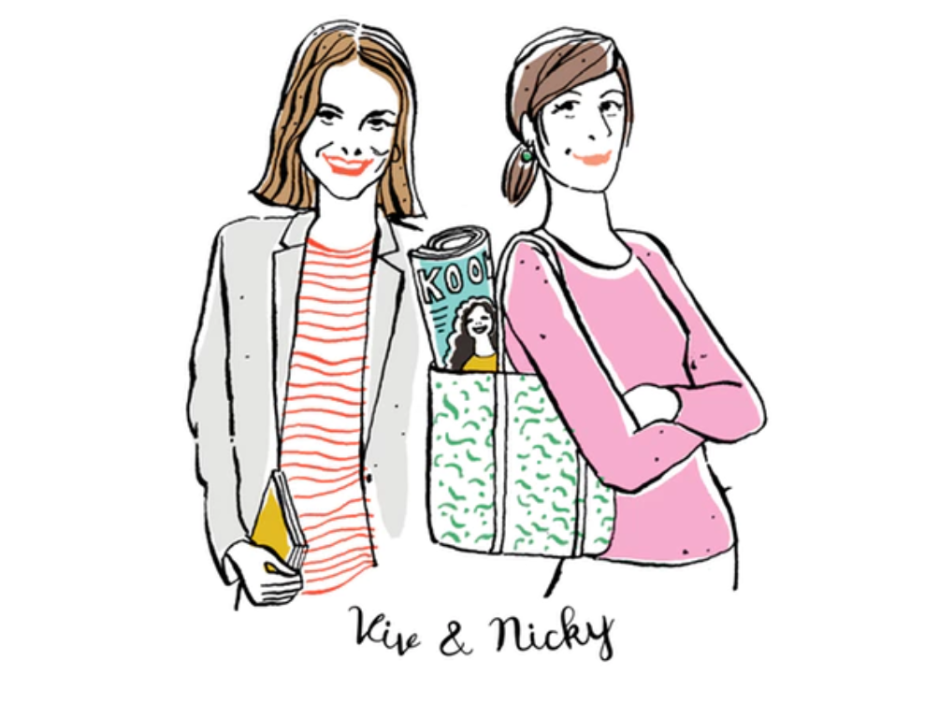 FF:What does Future Female mean to you?

VJ: I guess it’s about our daughters, isn’t it? Trying to give them every opportunity and create a level playing field for them in the future.

FF:You have launched a Kickstarter campaign, why crowdfunding?

VJ: Since KOOKIE has no advertising, our business model is built on subscriptions. Getting those subscriptions up front to pay for the cost of the magazine makes a lot of sense. We’re not taking a salary to start with because we believe so fully in the magazine and want it to succeed.

There’s a community aspect to crowdfunding that is really inspiring. If you believe in this project, will you help us get it off the ground? I love that. People’s response to KOOKIE has been really encouraging.

We’re actually launching the magazine in the UK and Australia simultaneously. It was always the plan to do it down the line, but we got such a positive response from people in Australia, that we decided just to go for it. Much of the content will remain the same in both magazines with some elements tailored for the different markets. We’ll do two print runs and we ship worldwide.

FF: Was it a natural progression to move from being a magazine editor to launching KOOKIE?

VJ:In some ways, yes. Creating the content, commissioning writers, illustrators and photographers, writing, interviewing, working on design and layout, that all comes naturally to me. I love the creative aspect of it. The business side is more demanding, but I’m learning.

Launching a magazine is a massive undertaking and there’s no way I could have done it without Nicky Shortridge, one of my best friends who I’ve known since I was 13. She’s also an editor with a background in graphic design. She’s very smart, super organized and incredibly thorough, which is fantastic. One of the best things about creating KOOKIE has been the opportunity to re-connect with her and work on a project that we really believe in. 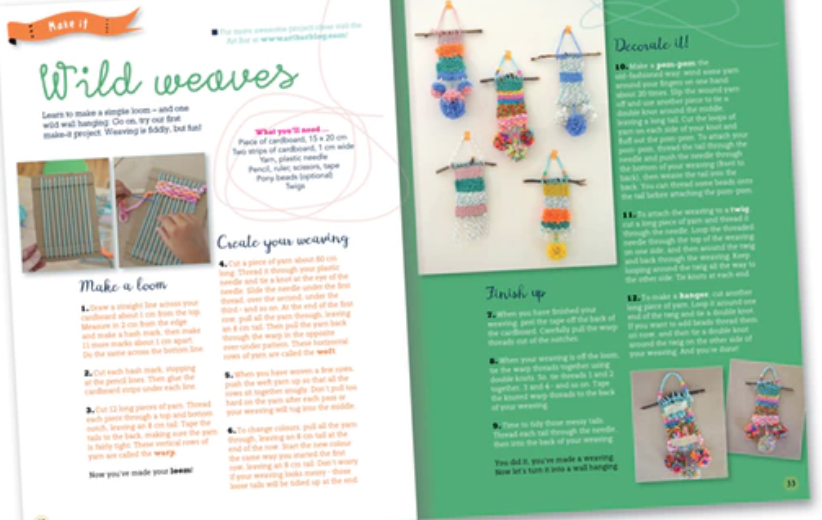 FF:Can you tell us something about the launch issue of KOOKIE

VJ: We’re so proud of the magazine! We have an exclusive interview with Darcey Bussell by two of our tween-age readers, and another interview with Anne-Marie Imafidon MBE, who runs a great organization called STEMettes which encourages girls in STEM subjects. We’ve got a feature called Give It a Go on BMX biking with top tips from Beth Shriever who is the BMX junior world champion. We’ve got an original short story written for KOOKIE by award-winning writer Sue Murray, a great comic strip by Rachael Smith, an illustrated story about Amy Johnson who was the first person to fly solo from England to Australia, we’ve got hilarious ‘most embarrassing moments’ (my younger daughter’s favourite), ideas on how to have an awesome sleepover, book reviews by our readers, how to make a lemon-powered clock, ideas for solving the problem of plastic in the oceans and girls’ opinions on having mobile phones at school. We’ve got a lovely colouring page created by the illustrator Jennie Maizels, a pets page, a feature on ‘Girls Around the World’, an advice column, a simply beautiful weaving project, a quiz, a pull-out poster by an amazing Australian illustrator, and loads more.

A lot of the content in the magazine is created by the girls themselves, which is a way to give them autonomy and confidence in their own voice. The whole magazine from start to finish is created by girls and women. 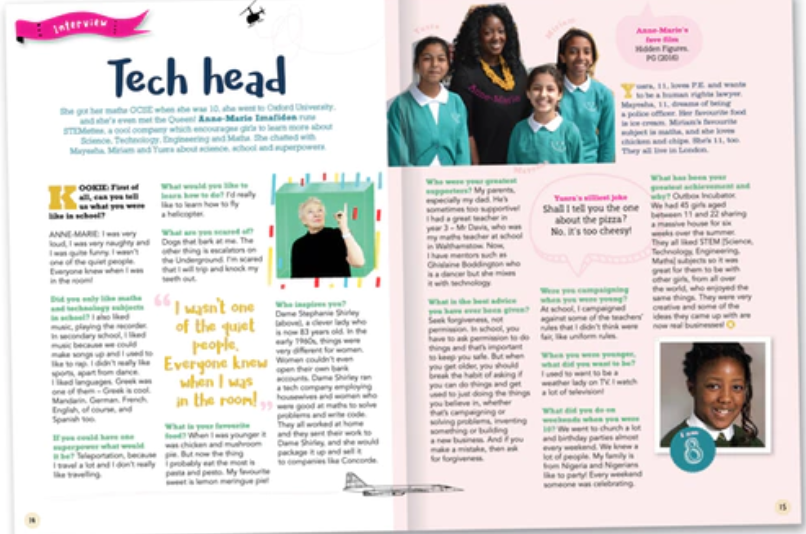 FF:There is a shift in how and where women work, was it a natural progression for you to go it alone and why?

VJ: I’ve freelanced on and off over the years since my daughters were born so I am used to working for myself and by myself. I’m fortunate that I have a job that I can do anywhere – the internet makes it all possible. Nicky lives in Sydney and we have produced this magazine somewhere in the ether!

FF: If there was one thing you would change about your life as a woman what would it be?

VJ: That’s a big question! I suppose some of the assumptions around being a working woman and a mother. I’m a single parent to two girls and I have a lot to juggle. I’m lucky because I am doing something I love and I can work it around my children’s lives, but sacrifices have been made, for sure.

FF: Are there key messages you are passing on to your children when it comes to gender equality, how important do you think it is to change your story around gender?

VJ: I’m surprised at how much unconscious bias I carry around myself. So I hope that I can become more aware of all the little things that are ingrained from my own upbringing so that I don’t pass them on to my kids.

FF:What are you reading at the moment?

VJ:Persuasion by Jane Austen (my elder daughter is studying it for A Level English Literature and I have nabbed it). I love reading, although most days I only manage half a page in bed before I fall asleep.

FF: How would you describe your fashion style?

VJ: Pretty simple and minimalist. I work at home so some days I don’t get out of my yoga pants.

A big thanks to Viv for being this weeks Future Female and pioneering a change in magazines for girls. If you would like to make sure that Kookie gets to launch then do donate to their Kickstarter campaign.

iThere are no comments