Following on from my recent Instagram post last week, I wanted to expand on some of the themes and issues raised.

Firstly, the response was amazing, thank you to all who commented with suggestions and stories and DM’s, I will be following up with more posts from women sharing their experiences, so we support all women with this very important stage in life.

There is a ripple of discussion happening around Menopause, and indeed it’s gotten some much needed press in recent years. When I read, Karen Franklin’s interview for Refinery in 2016 (article has been updated since)  https://www.refinery29.uk/menopause-help-symptoms-tips-counselling-memory  I felt relief, that I was not alone and that most of the symptoms Karen had experienced I was going through. The article inspired me to research the natural options of bio hormonal treatment. All of which is for another post.

My story started seven years ago. Age 40, I had a 2-year-old child and I was struggling with fatigue, poor concentration, and bad mood swings that were developing into rages. The biggest culprit though, was the brain fog, it’s like someone’s turned the down the dial inside your brain, so everything is in slow motion mode, and symptomatic of heavy congestion.  Back then my symptoms were regularly diagnosed as chronic sinusitis, having had repeated bouts of it since my late twenties. And two unsuccessful operations down I was still suffering.

Through the fog, fatigue and terrifying mood swings, I could not see how I would muster the energy to go ahead and try for a 2nd child, so we waited in the hope I would feel better. Now of course I knew the biological clock was ticking. AND literally it WAS. But with debilitating symptoms’ that perhaps an ME sufferer may relate too, there was no way I could cope with a pregnancy or new born.

I’ve since discovered that the stage I was in age 40 to 43, when I had no idea what was happening to me, was the perimenopause, which apparently could have been delayed had I got pregnant!  Fertility in this early stage of menopause is usually in good health.  Ovulation which causes the blood loss, did not stop in my case until I was fully into the menopause. The perimenopause can last up to 5 years and beyond, it can be different for different women. 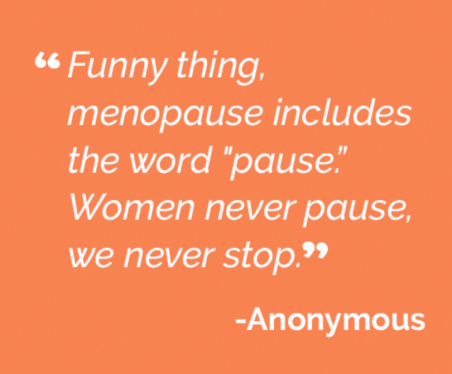 So, my Mum was 39 when she began with the peri- menopause. Did we discuss it? Not really?  It was just something that happened to older women and brushed aside. My Mum had a really bad time actually, but she kept it to herself!

I’ve been on a roller coaster ride for the last 7 years (yep giving my age away!) Essentially age 45 my periods stopped for 18 months and had I not started taking HRT they would have continued so. So here I am in full menopause.

My motivation to share my story is to help other women so they know what to expect and also to avoid anyone losing the chance to have children due to being ignorant about the stages of early menopause.

I would also like to develop some regular posts and discussions that go into more details about my symptoms’, the action I took, what worked and where I am now, in order that other women can benefit. I will also be collating a group of stories from a variety of women and will record them under new section on our Future Female platform called The Menopause Collective’. Helping women understand what is ahead, or indeed may be right in front of them. I now know a number of women who are in the peri-menopause stage of their life as well as some women who are going through forced menopause due to IVF or cancer. For such women it means no HRT to the rescue. So, what are they doing? It would be great to hear from anyone in this situation and watch this space for their stories.

My own experience has seen me battle against HRT, I was worried about it for a number of years and coupled with denial I really struggled taking HRT initially – more about this in the next post.

This is a live journey and I would like to share with you the past pitfalls (so you don’t fall down the rabbit hole I did!) the successes yes there are some! And where I am at now, as well as have some guest bloggers join the discussion. So, do get in touch to share your experience. Email me at deborah@deborahcampbellatelier.com